You are here:
articles english 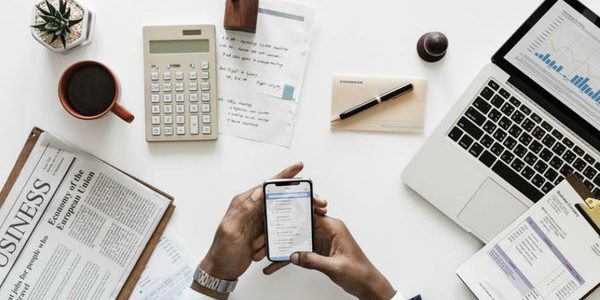 The inflows lifted assets overseen for the affluent to a record $2.5 trillion, UBS said in a statement Tuesday. The asset management unit won $24.1 billion in long-term net inflows. While profit beat analysts’ estimates, UBS said it will book a roughly $100 million charge in the fourth quarter to restructure its investment bank, and warned that lower interest rates will hurt income from lending compared with last year.

Ermotti is seeking to turn the corner after a year marred by huge legal fines, questions about succession planning and a deepening slump in the share price. In August, he shook up the management board, hiring former Credit Suisse Group AG banker Khan to co-run the wealth management unit and positioning him as a potential successor. But Khan’s start at UBS was overshadowed by a spying scandal that exposed a deep rift with his former boss.

UBS was one the first banks to pivot away from investment banking and toward wealth management after the financial crisis, becoming a model for rivals including Credit Suisse. But increasing competition for rich clients, negative interest rates and a slowing economy are putting pressure on that business. UBS said in August that it would expand a policy of charging affluent clients for excess cash holdings.

UBS rose 2.6% in Julius Baer pre-market trading. Shares of the lender have lost 6.5% this year, compared with a gain of 15% at Credit Suisse, where a three-year restructuring modeled on UBS’s pivot to private banking is beginning to bear fruit. To lift the stock, UBS has earmarked $2 billion for share buybacks through 2020. It is nearing its $1 billion target in buybacks this year.

Global wealth management is by far the biggest of UBS’s units, contributing more than twice as much revenue and pretax profit last year as the investment bank. But lower interest rates are eating into earnings from lending, with net interest income at the business declining about 3% from a year earlier, and recurring fee income falling as well.

Khan, in a memo to employees after he started this month, pointed to “unrealized potential” within the wealth management business. Key will be his take on developing UBS’s offering to wealthy clients in Asia, a region that wasn’t under his control at Credit Suisse and which attracted the bulk of the inflows last quarter.

Khan is running the business alongside co-head Tom Naratil, who focuses on the Americas. He joined under a cloud after it emerged that Credit Suisse had private investigators follow him to make sure he didn’t try to encourage others to defect. The scandal exploded onto the front pages of local tabloids and exposed a personal feud between Khan and his former boss, Tidjane Thiam. One of Thiam’s key lieutenants left the bank after he was found responsible for ordering the surveillance.

Ermotti is also making changes to the investment bank, reshuffling senior management and combining trading operations in changes that may ultimately eliminate hundreds of positions, people with knowledge of the plan have said. The bank is cutting about 40 jobs in the Asia-Pacific region as part of the shake-up, a person familiar with the matter has said.

The restructuring should save the bank about $90 million annually, Ermotti said in an interview with Bloomberg TV, adding that job losses won’t be substantial.

Adjusted pretax profit at the unit fell 59% from a year earlier, as the bank earned less from advising on deals as well as from trading. Equities trading revenue declined almost 7%, compared with a gain of about 1% at the five biggest Wall Street firms. UBS is seeking to boost collaboration between dealmakers and its wealth-management unit, while sharpening a focus on industries most of interest to its richest clients.

The bank has had a rocky year so far. It was dealt a $5 billion penalty in a French tax case in February that it intends to appeal. After warning of a difficult market in the first quarter, it announced $300 million in additional cost cuts. Ermotti previously signaled that the bank may struggle to reach its 15% adjusted return on tangible equity capital, instead saying that the bank could achieve a level on par with last year’s 13% return.

“UBS was the first bank to reduce its investment banking division to a level of circa 20%, an area which many of it`s competitors were still generating the majority of their profits. This stood them in good stead following 2008 with 70% of profits being generated from the Wealth Management arm. The problem ten years later is that tightening global regulations, and jurisdictions imposing penalties on opaque and non transparent fees such as RDR in the UK means that UBS no longer benefits from retrocessions from funds, opaque layering of transactional fees and high inbuilt fund fees. There is a movement now to place clients in UBS on an all in one advisory fee which is how they will generate their fees going forward. This could be a problem for UBS given that clients today wish to retain large portions of their wealth in cash given all time stock market highs and market volatility.

Secondly given the low interest rate environment, returns on cash are negative and UBS has imposed charging clients to hold cash balances on Euros and Swiss francs, something that they almost stand alone in doing. This knock on effect also means that their capital adequacy rules are increased, as well as adding a degree of counterparty risk for the client, given the non invested assets are on the banks balance sheet directly. (i.e if the bank were to default the cash would not be protected under the depositor protection scheme in full).

Finally given the level of the wealth management business within UBS and the increased protection of individuals/ extra monitoring of retail clients, UBS could potentially be hit harder than its peers in the future as is we have recently seen in the French tax case. The fine from this, if paid would be realized from the WM division, which in turn could have knock on effects to its global and regional wealth management offices in the form of cost reductions/ staff reductions, even office closures.

Ultimately, where profits generated previously from holding cash, fund retrocessions and opaque layers of fees was how the bank made money, UBS is now in the position where they will have to charge clients for advice as well as charging for holding vanilla cash, something that its competitors do not have to do as yet. This coupled with the ever growing requirement for counterparty (bank) diversification mean that it is increasingly feasible that clients will be more suggestive to move their assets to other institutions.”(Carlos Khoury)