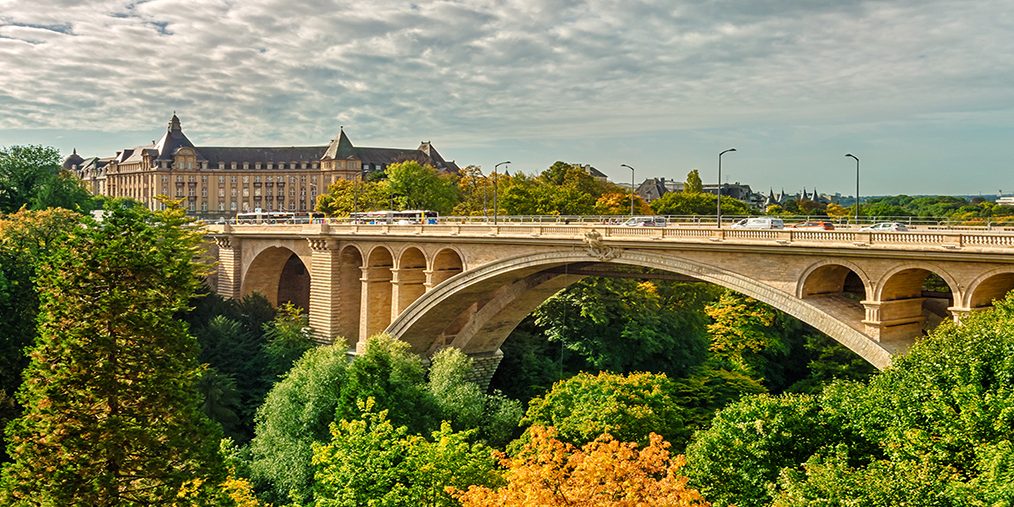 As one of the smallest countries in the EU, Luxembourg has a proud record. Two of the last five presidents of the European Commission, one of the top jobs in the bloc, have been former Luxembourg prime ministers: Jean-Claude Juncker and Jacques Santer. So when the UK voted in 2016 to leave the EU, Luxembourg’s political and business leaders saw a fresh opportunity to make an outsized impact as a host of EU countries vied to grab business from the City of London, Europe’s largest financial centre. They found a ready audience among UK-based banks and asset managers keen to set up operations within the EU single market to guarantee they could continue to “passport”, or sell their services to companies and investors across the bloc. This pitched the Grand Duchy into competition with the likes of Paris, Amsterdam, Frankfurt and Dublin. Nevertheless, Luxembourg argues it entered the contest in an understated way, shying away from enticements like tax breaks, which other countries were offering. “Luxembourg decided we were not going to jump aboard that ship,” says Gilles Walers, legal adviser for financial markets regulation at the Luxembourg Bankers’ Association. “We have a very good geographic location, are easily reachable from London and a lot of companies already had a presence here. Luxembourg has been very good at positioning itself as a gateway to the single market.” Four years on from the referendum, the future arrangements between the UK and the EU remain uncertain. That has been a boon for Luxembourg, which has emerged as one of the biggest winners from the shift out of the UK: 72 companies, nearly all of them in financial services — with a few others including online holiday rentals specialist Airbnb and satellite telecoms company Inmarsat — announced plans to relocate their EU operations from London in 2017 and 2018, according to KPMG Luxembourg.
That number, while the same as Ireland’s, surpassed the 35 companies that chose to move to France, the 31 opting for the Netherlands and 30 that selected Germany. Most of these moved in the two years before the UK officially left the EU at the end of 2019. While investment banks have gravitated towards the political and economic centres of Paris and Frankfurt, companies that make money from daily trading on global markets have largely turned to Amsterdam, a city with a rich history of trading. Luxembourg has built on its strengths in private banking, investing, insurance and corporate lending developed over the past half-century as it moved away from a predominantly industrial economy. Banks JPMorgan, UBS, Credit Suisse, Lloyds Banking and Citibank have plans to move some London operations to the Grand Duchy. Big asset managers turning to Luxembourg include M&G, Janus Henderson, Fidelity, Columbia Threadneedle and the asset management arm of UK insurer Prudential. Specialist insurers, for shipping or property, number FM Global, Tokio Marine, Liberty Specialty Markets and Hiscox. There have been other notable decisions, such as CIBC Canada using it as its base for its capital markets activity. The relocations have collectively created for the Grand Duchy about 3,000 jobs, lobby group Luxembourg For Finance estimates. The country’s financial stability has been an important selling point for new arrivals. Debt is 22 per cent of gross domestic product, one of the lowest ratios in the EU and about a third of that of Germany, according to Eurostat data.

In July, credit rating agency Moody’s reissued the country’s prized Aaa rating, citing very high wealth levels and “sound financial regulatory and fiscal frameworks”. Moody’s added: “The country’s low levels of government debt and the strength and predictability of fiscal policy provide a buffer against shocks, such as the coronavirus pandemic.” The European Commission, the EU’s executive body, has warned however that Cyprus, Ireland, Luxembourg, Malta and the Netherlands are still being used by companies to engage in “aggressive tax planning”. “Tax is an important element but not the determining element,” counters Nicolas Mackel, chief executive of Luxembourg For Finance, the public-private agency promoting Luxembourg as a financial centre. “Competition is not defined by taxation.” He says there is a lower risk of tax rises in Luxembourg than in some other countries. But he adds that flexible labour laws, widespread use of English and geographical location at the heart of Europe are also what make his country attractive. For all Luxembourg’s pride in winning business, many local executives and politicians express disappointment that the UK is leaving the EU, because the City of London and Luxembourg have had a mutually beneficial relationship. “We had the UK as an ally in financial market strategy in the EU,” says Mr Walers. Those links extended deeply. For example, while London supplied the connections that allowed companies to tap asset managers to raise capital, Luxembourg marketed itself as a centre for fund servicing, which ensures the smooth running of investment funds. About €4tn of funds are serviced in the country.
Funds domiciled in Luxembourg pay lower taxes on their funds under management than other European countries, which allows investors to share more of the payouts. When the UK was part of the single market, fund managers could run their back-office functions in Luxembourg and manage the portfolio in London. With the UK gone, relationships like those could be ruptured. That has made Luxembourg the second most exposed country in Europe, after Ireland, to Brexit effects, said research group S&P Global last year. It argued Luxembourg was vulnerable as a small open country that “uses its sovereignty to operate as a financial conduit for many of the world’s largest companies”. The EU has already indicated that UK investment companies that do not set up a branch or subsidiary in the bloc will lose access to most EU markets. The UK and Luxembourg will need to strike a separate agreement that allows UK-based companies to provide investment services to the duchy. But whatever long-term agreement the UK reaches with the EU will take precedence over bilateral accords, which means executives must wait for that to be concluded before UK and Luxembourg regulators can make their own arrangements. “On paper there’s no reason [a deal between UK and Luxembourg] can’t be made separately,” says Owen Lysak, a partner at law firm Clifford Chance in London. “But you have to prepare for the worst and hope for the best.”

“Luxembourg’s rapid development is hard to underestimate, especially in light of the recent events. Indeed, it has been attracting financial institutions way before the Brexit and became even more attractive for British companies for its proximity, notoriety, stability and financial conditions. Moreover, the Grand Dutchy is a very international place, speaking English largely.
This is another reason why UK companies prioritize Luxembourg to ease their integration”.