Appetite for takeovers on the agenda 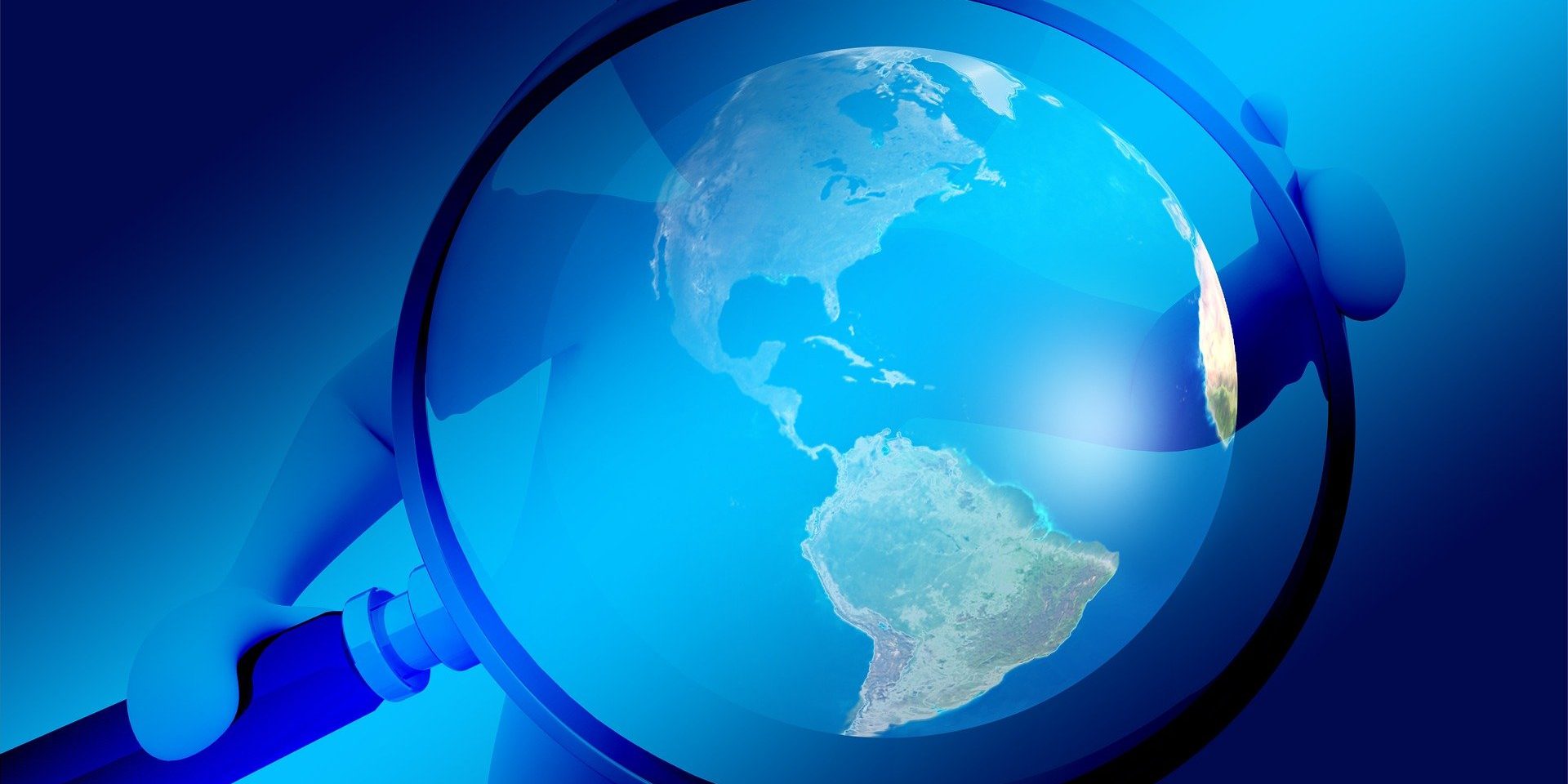 M&A Roadmap for the Banking Industry in 2021

Mergers and acquisitions have returned back on the agenda of Swiss banking with force. Even if the mooted UBS-Credit Suisse-deal seems an unlikely proposition now, there are plenty of other options on the table for 2021, as an overview presented by finews.asia shows.

Big banking has found its appetite for takeovers again. The statements to that extent by both UBS Chairman Axel Weber and Credit Suisse CEO Thomas Gottstein leave little room for doubt. They both said that they are interested in taking over other banks.

Gottstein told «Bloomberg» last week that he was ready to evaluate opportunities to buy, in particular those in private banking. Weber in turn used an interview with «NZZ am Sonntag» to make clear that the bank would aim to defend and increase its market share as global No. 1 in wealth management, not excluding buying rival firms.

With Personnel Issues Out of the Way

The option of buying seemed off the table until very recently. The Swiss heavyweights were bogged down with too much introspection. At UBS, the handover from Sergio Ermotti to Ralph Hamers and the protracted fight over a multi-billion-euro fine in France sucked up valuable resources, while Credit Suisse (CS) first had to manage the biggest turnaround of its history, before descending into an arduous process of replacing the top management.

No more. The time is right to look ahead and define one’s ambitions. It may appear a tad ironic that they would do so in the midst of the biggest economic crisis of the past 75 years. But the signs are on for deals, be it mergers or acquisitions.

The banks are facing major challenges and may not be able to master them from going alone. Shrinking margins, lower market share as a consequence of digital innovation, tougher regulation and rising costs dealing with it, and investments in IT. If this weren’t enough, the U.S. competition seems at least one step ahead.

So, what are the options for UBS and CS? It seems obvious that the one big deal isn’t the solution for their problems and remains unrealistic. The finews-roadmap for 2021 attempts to provide a more nuanced view of what next year might have in store for the banking industry.

The project had even been given a name: according to reports in the media, UBS in September had mulled a merger with CS under codename Signal. Weber since has distanced himself from such a plan, having been stung by public protest and the negative response from experts.

A merger between the two seems a tough enough proposition indeed. Investors might be tempted, given that both giants are trading below book value. But in Swiss and European banking the problem is one of over-banking, ie excessive capacity.

In reality, the costs of such a merger look awe-inspiring. The effort to merge the two would suck up all available resources and hinder the operational well-being of the two. Political, regulatory, and competition-related aspects not mentioned. Maybe there’s a case to be made for splitting off and merging certain parts, such as investment banking or the funds business of the two. Investors have put forward such ideas regularly and will likely continue to do so.

Having a low market cap makes UBS and CS potential takeover targets for foreign big hitters. The consolidation is underway in Europe. Caixabank and Bankia in Spain have found together, forming the market’s new No. 1. BBVA and Sabadell are in talks to follow suit. In Italy, Intesa and UBI Banca have merged. In Germany meanwhile, talks of a merger between Deutsche Bank and Commerzbank have cooled.

The European Central Bank (ECB) suggested that the industry would profit from cross-border M&A-activity. The case for taking over a bank in Switzerland seems a little more complicated, but UBS Chairman Weber is a known supporter of creating a European champion.

However, UBS and CS might end up being the junior partners in such a deal, which in turn would raise the prospects for a Swiss solution.

Both banks could do smaller deals to build their position in a specific market. For instance, the Basel region spans three countries (France, Germany, and Switzerland) and is home to many, hugely wealthy people. They often still prefer the personal touch of a small, local private bank. Taking over such a company may not appear spectacular but would nevertheless be hugely symbolic.

The banks might also simply do an asset deal, buying the books of a rival bank. LGT did this a while ago when it bought the assets of HSBC Private Bank Switzerland.

UBS has for quite some time been mulling takeover and merger plans for its global asset management. CS is looking into options for its unit. They both face heavy pressure on margins and the future will be all about scale. Merger mania has taken hold of the industry already.

Insiders have been saying for weeks that UBS and CS were about to become active. The scenario of a merger of the two divisions with a subsequent splitting off seems like an option, with some experts saying that Germany’s DWS will join in to make it three partners.

The strategic value and financial advantages of such a deal would be easy enough to portray, but then putting it in place would appear more complicated. The merger of UBS asset management with DWS had failed two years ago for such reasons of practicability. Even if the two big banks are yet to feel the pinch, putting in place a strategic option of such a deal might be wise, given the reality in this business.

Switzerland is the home of banking and has too many financials based between the two cities of St. Gallen and Geneva. The consolidation that has been on the map for some time has yet to materialize even though the pressure is on.

Why not create a super-private bank? UBS and CS have the means to buy several private banks, for instance, Julius Baer, EFG International, or Banque Privée Edmond de Rothschild. Taking together with their own assets, the volume would be very substantial and the brand names could be used in certain specific areas of the business.

CS had such a group under its roof, with Clariden, Leu, Hofmann, and BGP Banca di Gestione Patrimoniale as well as Credit Suisse Fides – what later became Clariden Leu. The structure wasn’t necessarily the reason why it failed, but rather the bank’s stop-go-strategy.

UBS also had a group of private banks under its fold, with Banco di Lugano, Ehinger & Armand von Ernst, Ferrier Lullin, and asset manager GAM (since sold on the stock market). IT divested the group to Julius Baer in 2005. History may repeat itself, even if the probability may not seem overly elevated.

Probability at both banks: 55 percent

There are options abroad too. Institutes that have catered to the needs of the nobles of Europe are aplenty. A takeover would generate synergies and the existing business leveraged abroad. The U.K. would seem ideal given that the private banking business is one of the world’s foremost.

And why not buy into Europe’s largest wealth management market, Germany? CS has more or less waved goodbye to this market a number of years ago, a decision that it could reevaluate. UBS would do well to add some strength in the powerhouse of European business. It has done so before, buying Bank Schroeder, Muenchmeyer, Hengst in 1997.

Clinching a deal with a tech heavyweight would signify a real break with the past. Both banks have been very active in seeking co-operations with fintechs. They might consider buying a major digital bank. Or, more daring still, a co-operation with a U.S. tech firm. Such a platform would allow the banks to integrate further providers of services, for instance in the insurance and mortgage business.

Such a model would go far beyond what is on the table today, where Apple and Goldman Sachs have an agreement to issue a joint credit card.

“2021 is looking to be a buoyant year in 2021 as banks look to consolidate and grow by new mergers and acquisitions.

The banks are realising they are facing major threats from all sides. Traditionally they have had the power or even the brand to go it alone. Today, with rapidly declining profit margins, dwindling market share mainly due to the digital revolution, more rigid regulations and increased costs dealing with legacy systems, bolt on systems and continuous IT investment and upgrades.”